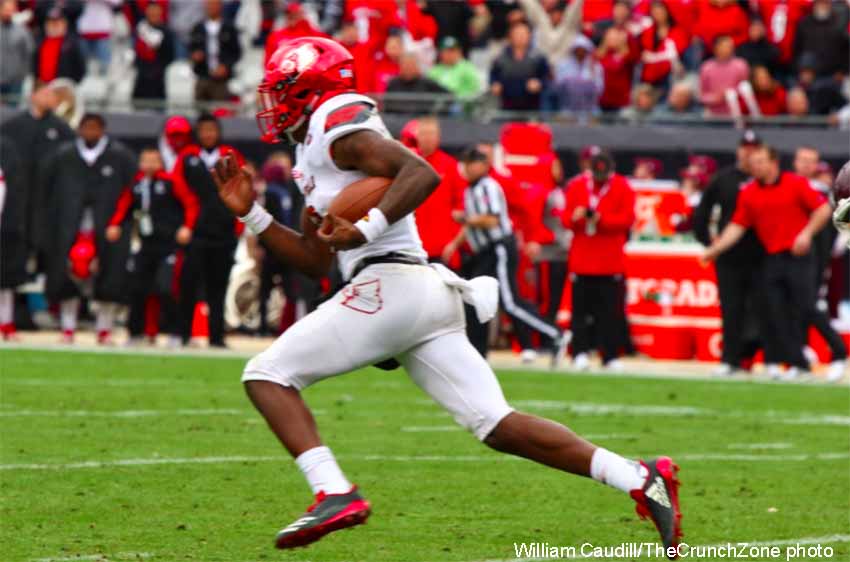 Over-reliance on any one player, however, is never a good thing. Probably the best thing for Jackson and the University of Louisville football program if he decides soon to pursue a career in the National Football League. 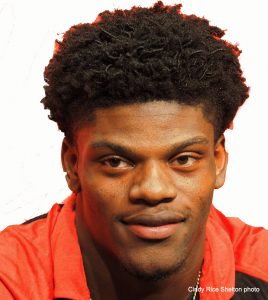 Almost impossible for Jackson to live up to massive expectations. Every sensational play, every pass completion, every dazzling run, every touchdown making him indispensable to his team. If Jackson wasn’t involved, it wasn’t going to happen.

Coach Bobby Petrino, getting away from the offensive strategies that have worked well for him in the past, was overly dependent on the instincts of one player. UofL’s success, or lack of it, may have suffered as a result, with little evidence of progress in the team’s overall development.

When Jackson was having a off day or not getting enough protection, he was prone to making major mistakes as he was Saturday when he threw four interceptions in the 31-27 loss to Mississippi State in the TaxSlayer Bowl in Jacksonville.

It got to a point where some fans closed their eyes when he dropped back to pass. A fifth interception seemed inevitable. He completed 13 of 31 passing attempts for 171 yards with a passing efficiency mark of only 47.4% for the game.

Jackson gained 158 yards on the ground, including a touchdown, on 24 carries, not wanting to give up the ball to his running backs. Possibly for good reason with Malik Williams, Reggie Bonnafon, and Dae Williams combining for only 29 yards on 15 chances.

Bonnafon, a senior, was one of those teammates who never quite lived up to his potential. He finished the final game of his career with 13 yards rushing. He was never a real punt return threat, gaining nine yards on his only return Saturday.

“Lamar’s a great competitor and he has big shoulders,” said Petrino afterwards. “He competed extremely hard. We were in a position to win the game because of how hard he ran and the touchdowns he made …

“I would love to see him come back. Lamar needs to sit down with his parents and try to understand ‘What would better develop me?’ There have been guys who have come back for another year, playing the same system and do great. He’s really needs to do what is best him. He’s been an unbelievable player and a great person.”

Jackson has created some incredible memories for fans over the past three seasons. Time for him to move on, however, time to focus on the his future in the NFL.  UofL needs to move on as well, focusing on the team’s total development, getting everyone involved, and seriously competing again in the Atlantic Coast Conference.