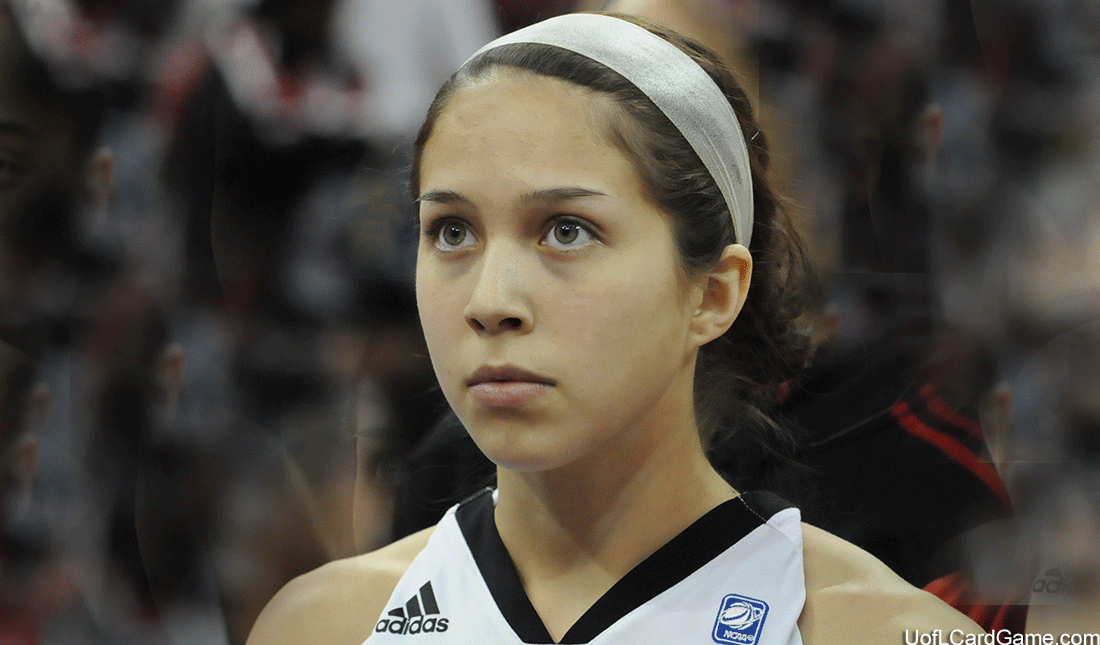 Jude Schimmel is back in the game. For how long is anybody’s guess.

She has been invited to participate in pre-season training camp by the Dallas Wings, a Women’s National Basketball Association franchise.

Schimmel, who played at the University of Louisville from 2011 through 2014, should know pretty soon whether she makes the squad. The Wings are scheduled to open the 2016 WNBA season on May 14th against the Indiana Fever in Indianapolis. She faces a major challenge. The Wings are already loaded at guard with Skylar Diggins (Notre Dame) and Odyssey Sims (Baylor) returning from the Tulsa Shock. The franchise, which finished third in the Western Division last season, was renamed and moved to Dallas during the off season.

Quite a compliment to be invited for Jude, one of the most popular players to ever wear a UofL uniform. She contributed 711 points, 392 assists and 211 steals during her college career. Her senior class was the the winningest in UofL women’s basketball history with a 112-31 won-lost record.

Jude stands only 5 feet, 6 inches. Always small, even in high school and college, she played fearlessly, always in the midst of the rough and tumble. Those breakaway layups, so many of tehm, among the lasting memories of her days at UofL.

The odds of her making a WNBA roster are considered remote. But, hey, she’s there, and Jude has always made the most of opportunities.