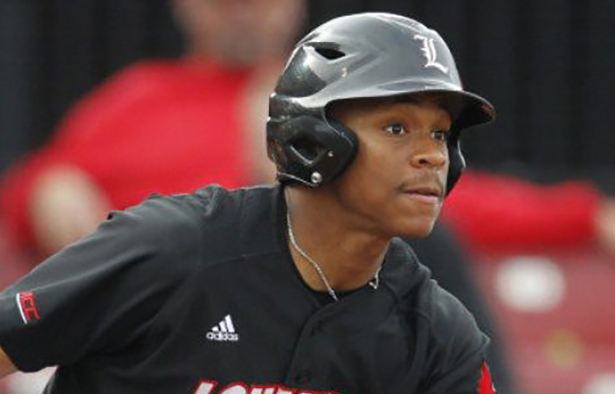 Corey Ray is the cream of the college position player crop. That’s according to D1Baseball.com, a premier site for college baseball.

“The Louisville star has done everything scouts have asked from, and has shown improvements in just about every facet of his game so far this spring,” writes analyst Frankie Piliere. “And scouts are fully taking notice, particularly in recent weeks.”

Coming out of high school, however, Ray didn’t want to play college baseball. He wanted to go straight to professional baseball after being drafted  by the Seattle Mariners in the thirty-third round of the Major League Baseball draft in 2013.

Fortunately for the University of Louisville, Corey Ray, Sr. was able to talk his son out of signing any papers, convincing him to play college baseball, getting better while obtaining a degree in the process.

“My dad humbled me a little bit and told me I wasn’t ready. He saw something in me that I didn’t see. He saw that if went to college for a few years and got better that I could eventually be an elite player.” That’s what the UofL junior told The3rdManIn, a popular baseball blogging site a while back.

Even better that Ray would be tutored by Dan McDonnell, a coach who knows Ray is gone after this season. McDonnell has made Ray the leadoff hitter while playing him at all three outfield positions to showcase his abilities.

Ranked among the top MLB prospects in the nation this season, Ray is hitting .333 with 11 home runs, 46 runs batted in, 31 stolen bases, 13 doubles and 40 runs scored. The Chicago native ranks second nationally in stolen bases, fifth in total bases (102), 14th in home runs and 15th in RBI while hitting in the leadoff spot in all 37 games for Louisville.

According to a Chicago Tribune story, his dad works for Chicago’s Department of Streets and Sanitation  and would wake up his son before dawn Saturday mornings as he got ready for work driving a street sweeper, sending him to run a hill near their former Princeton Park home. Ray played in White Sox’s Amateur City Elite youth baseball program.

Even if he gets drafted this season, Ray may still be playing baseball in Louisville for a few more seasons. The Cincinnati Reds have the No. 2 pick in the draft this year, and is the parent club of the Louisville Bats.