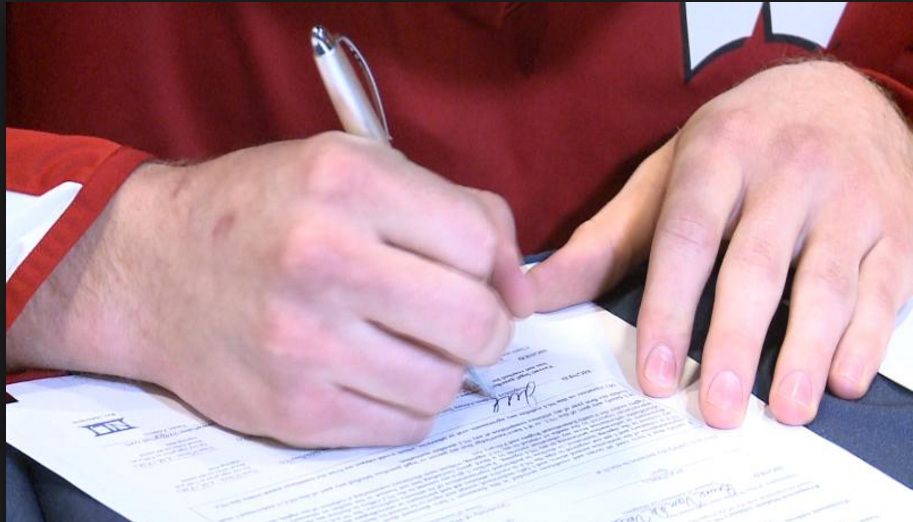 Has college recruiting changed over the past 50 years? You bet it has. Some things have never changed. The athlete is still required to be stronger than any human should be, leap tall buildings with a single bound, run faster than a gazelle, and be taller than local skyscrapers.

Oh, and by the way, they must also go to college classes, get good grades, and graduate. 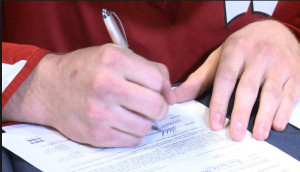 When I was a teenager way too many years ago, the recruiting system was different. For the new generation that was long before computers, the internet, and digital film. Some things that occurred then I am still goes on now.

After a young student-athlete was honored by being selected all-conference by opposing coaches the recruiting process would begin. Beforehand the student took their ACT and SAT tests to prove they were worthy of consideration.

The U.S. Postal system would deliver letters from coaches and colleges where they dreamed to play and some places that would be nice to attend. The letters would have the young person dreaming late into the night and stroke their ego to new higher levels.

The first letters would all ask the same questions. Send your high school transcript, ACT and/or SAT scores, and of course film from a game for the coaches to view. Some letters would contain an application to enroll in the college or university. If you could not be accepted to enroll as a student, you could not play.

We would dutifully report all letters to our coaches and they occasionally would discourage us from answering certain letters because they said, “Our degrees would be worthless”. Even back then, certain colleges and universities had a reputation of giving worthless degrees to student-athletes. It was believed there were certain schools in the Deep South where student–athlete could receive a degree in underwater basket weaving.

The next letter was the important letter. It was an invitation to come for a visit. You would be given a choice of dates for the visit and of course bring more film for the coaches to view. The dreams grew to an even higher crescendo. Dreaming of running onto the field of play one more time to the thunderous cheering of the band and fans would keep us awake almost all night.

Upon arriving, we were introduced to each other and of course, hopefully our future team mates. This is where the recruiting process took a strange turn of events. We would be given another student-athletes student ID. Sometimes it would vaguely resemble us and sometimes not at all.

He told me there would not be a problem if I did not have a problem. No problem with me, however what was going to happen to me if I was required to show it to someone? How would I explain it to my parents and coaches that I was arrested and jailed for using a fake ID? Where was I going to need a fake ID? I was 17 years old and about to get an education.

One thing I always enjoyed about recruiting trips, I was always able to eat steaks and experience great desserts.

After dinner, we were taken to a nightclub. Guarding the door was a large man with two extra-large body guards. There I was standing in line, about to bolt, when I noticed our chaperon giving the guy and his bodyguards an OK high sign. With that, I was permitted to enter after he looked at my fake ID. That night, I had my first beer. I was even given $20 for my lunch one time.

Did I receive a scholarship offer? No, I was informed I had a bad case of the three too’s disease, too short, too small, and too slow. I was offered a preferred walk-on position but I decided the dream was over; it was time to get a good education.

Keith Thomerson was a high school football coach for two years before transitioning into a career of technical writing, software design and implementation, training and sales.