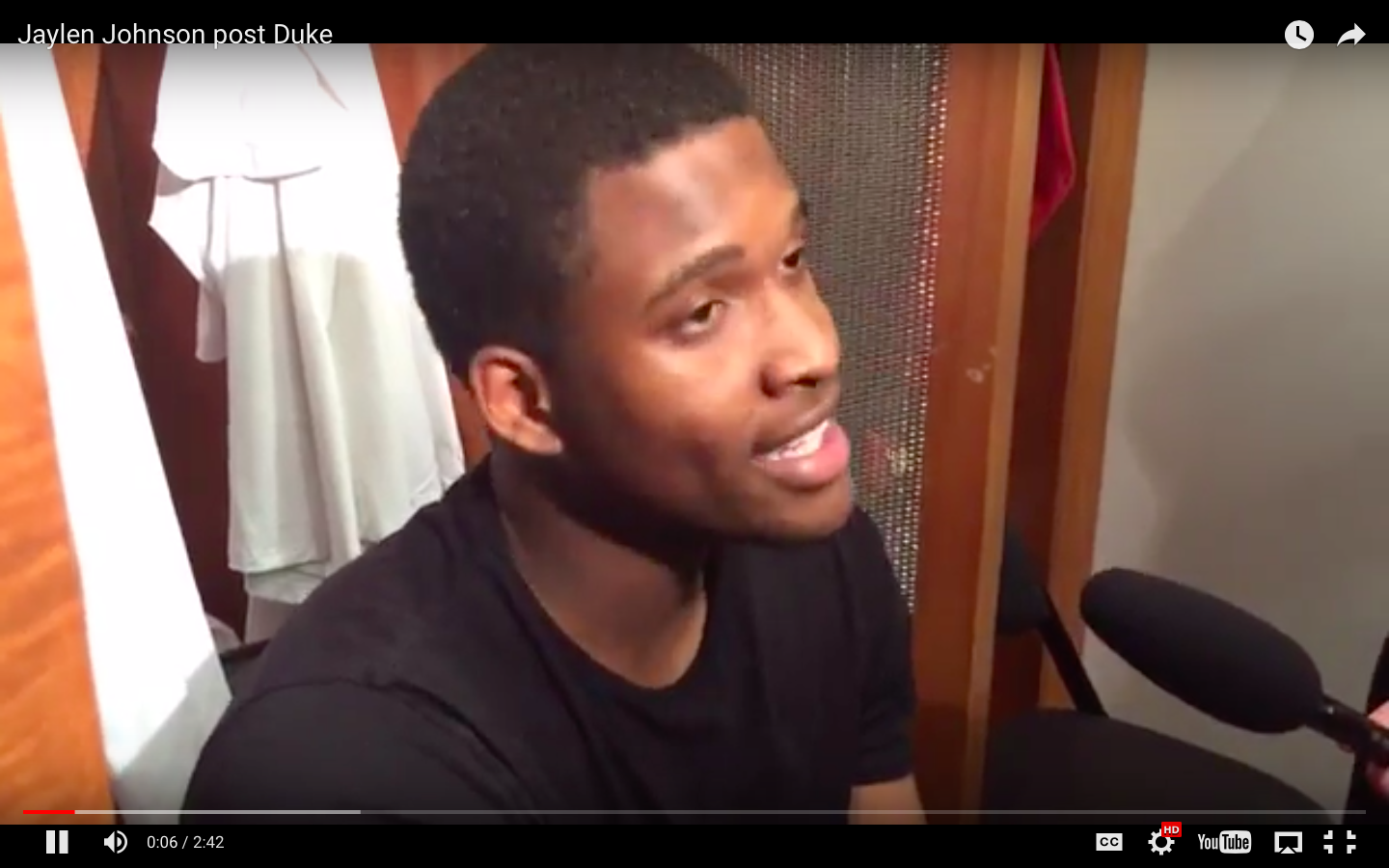 Life in the Atlantic Coast Conference, so many challenges, so many opportunities, the wins so rewarding.

There are sometimes unexpected moments in big games that confirm things are going to turn out okay for the University of Louisville basketball team. The big one against Duke coming at the 6:04 mark, Chinanu Onuaku finding teammate Jaylen Johnson beneath the basket.

All alone, no time to think, just react, Johnson instinctively slamming it through the net. A surprising pass from an unexpected source to the most unlikely player at just the right moment. Uofl claiming a 58-55 lead, seizing the momentum, going on to claim a 74-61 win over Duke.

Damion Lee finding his range in the seconds leading up to that moment, finding it in a game against a major opponent, and coming with the game on the line. Making good on three of seven 3-point attempts, two leading up to the Johnson dunk,the third second afterwards, giving Louisville a four-point lead. Damion Lee winding up with a team-high 24 points.

Johnson would have a couple of other moments, including a wide-open jumper seconds later and two of two free throws in the final minute or so. As if he wanted to settle any arguments about why Rick Pitino still has him in  the game at crunch time.

Not to neglect Trey Lewis, with one of his better games, Louisville needed everything he could contribute for 31 minutes. Coming through with five assists, one steal, eight points and zero turnovers. Earning every minute of that extra playing time.

Deng Adel taking his a game to another level, putting the clamps on Duke’s Brandon Ingram late in the game. Playing with confidence, making good on five of seven field goal attempts, including one of three 3-pointers. Winding up with 12 points, five rebounds and two assists.

Actually an incredible showing by Due, essentially playing with six players, giving UofL all it could handle for about 39 minutes. Grayson Allen collecting 29 points in an individual performance that goes down with the best ever at the KFC Yum! Center.  Give Duke a couple of more players and the Blue Devils could make a run in March.