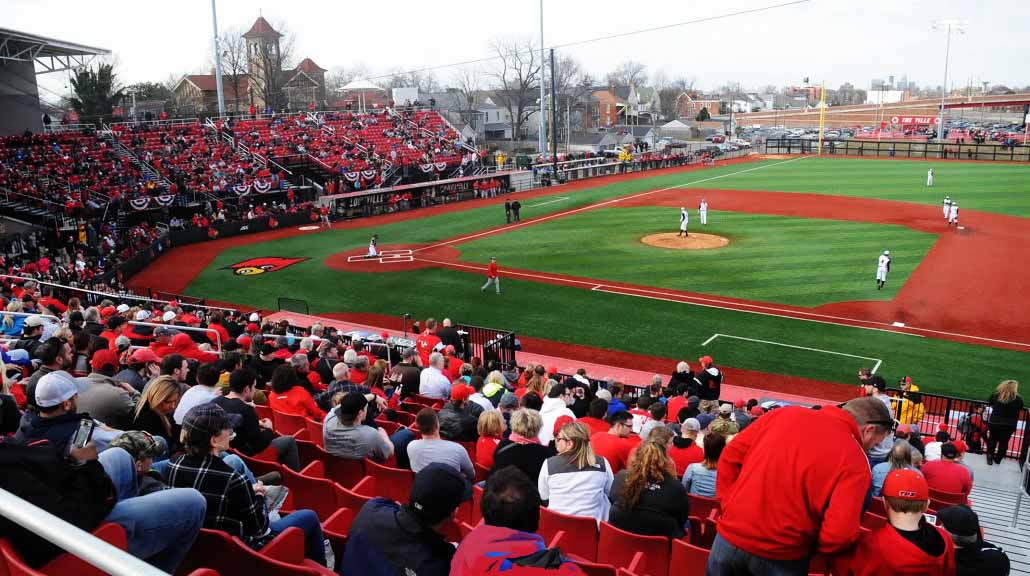 Opening day is in the books for the 2016 University of Louisville baseball season. Temperatures in the sixties, drawing 3,116 fans to a balmy Jim Patterson Stadium. Clear early on that Southern Illinois-Edwardsville was out of its element, with the first three batters loading the bases, just a matter of time.

The crowd a record for an opening day for the UofL baseball program, a mark that could easily fall with two warmer days ahead this weekend.

One of those days when the Cardinals could do no wrong, two runs in the first inning, one in the third, eight in the fourth, four in the fifth and six in the seventh. Final score: Louisville 21, SIU-Edwardsville 4.

Senior first baseman Danny Rosenbaum paced the way for the Cardinals, who have won three straight season-openers, finishing 2-for-3 with a double, four RBI and two runs scored, while sophomore shortstop Devin Hairston was 3-for-6 with two RBI and scored twice.