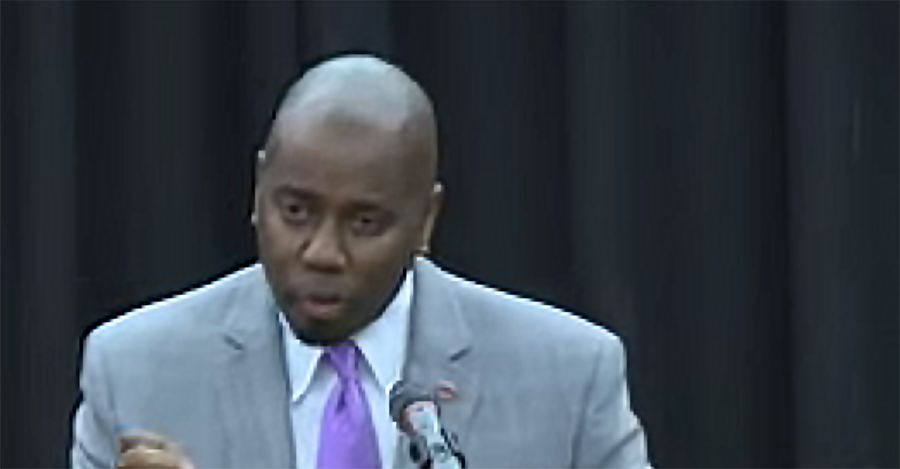 Pretty certain there’s no constructive reason for Ricky Jones, a member of the investigative committee, to insert himself into the public debate about the escort controversy at the University of Louisville. His comments only serve to further divide the community.

Jones contacted a couple of members of the local media Monday to let it be known that he opposed the University’s decision to self-impose a ban on post-season basketball play this season. He essentially told them the committee had no new information that anyone at the school other than Andre McGee was involved. No evidence that any boosters gave money. Jones also called out President Jim Ramsey as the person who made the decision, not the committee.

“My position the whole time, and I’ve told the community this, and it’s no secret, my question is where does the individual responsibility end and institutional culpability begin?” Jones told Eric Crawford, of WDRB. “Obviously nobody can deny that Andre McGee was an employee of the university. But does that make the university responsible for all his behavior, where the program is concerned, if nobody else knew? I think, I’ve always thought, that is an unreasonable standard of care. And I think we responded because of fear of the NCAA.”

Jones, a graduate of the University of Kentucky and chairman of the UofL Pan-African Studies department, makes some good points about culpability, and they would make a lot of sense in a Utopia where life is always fair and everyone is treated equally. But he displays some naivete about how the NCAA operates in such cases, perhaps believing the organization with an unpredictable and sometimes vindictive infractions committee will suddenly change course.

Of course, Jim Ramsey responded out of fear of the NCAA. He had no other option.

President Ramsey has taken full responsibility for the decision after consulting with Tom Jurich, vice president of athletics, and he has incurred the vitriol of many fans. Punishing the school’s most popular and profitable athletic program was painful to them, personally and professionally, the last thing they wanted to do.

Ramsey and Jurich don’t have the luxury of second-guessing the decision that Ricky Jones enjoys. Nor do they have any delusions about the severity of the penalties that the NCAA could impose if the University took no action.

Jones admits he was a no-show for a meeting where Ramsey updated the committee on the findings, relying on other members for his information. Too bad he wasn’t there, the ideal location for him to have expressed his views.