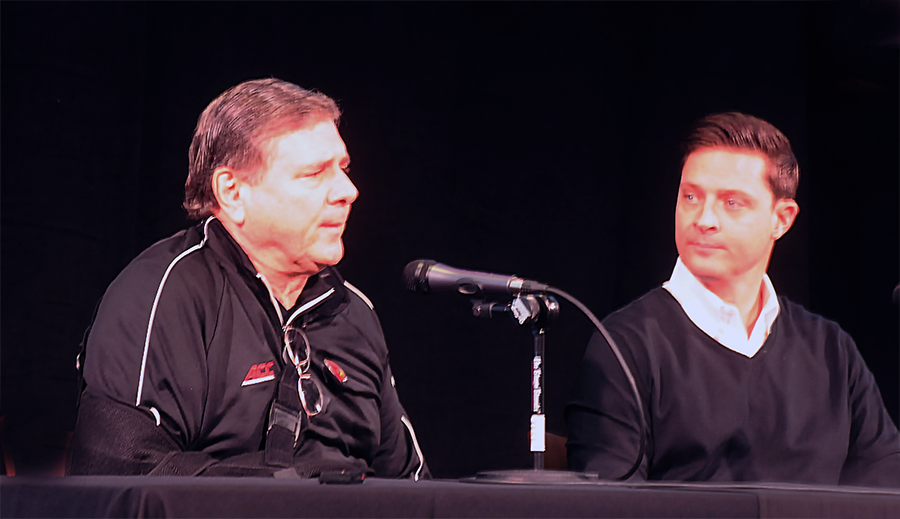 Good for the University of Louisville that Tom Jurich has clarified that he’s not interested in an opening for a new athletic director at the University of Southern California. That’s the best news fans have had since the escort scandal surfaced at UofL.

Apparently someone close to Jurich, or at least in his vicinity, was leaking information to numerous media outlets across town, telling them the rumor had legs, that Tom was willing to listen to an offer this time around. Some usually reliable reporters going with it, citing his Southern California roots, including John Ramsey and Mike Rutherford for a couple of hours on their 93.9 The Ville talk show.

Interesting, though, that he allowed the speculation to continue for several hours before putting an end to it.

One possibility is that Jurich, in an effort to finger the source of leaks at UofL, made a casual remark to a suspected staff member or contractor to test their trustworthiness. Another is that Tom may have wanted to send a message to some members of the board of trustees, providing them with a reminder of how much he values his relationship with President Jim Ramsey. Still another is that he was indirectly communicating with Rick Pitino, who has been playing both sides of the will he stay or will he go game.

Someone at the university has been supplying information on a regular basis to Matt Jones, the host of Kentucky Sports Radio. None of the information reflecting favorably on UofL. Could be a staff member or someone who does contract work for the university, or it could be both. It would be in Tom’s best interest to identify and cut all ties with the individual(s). Whoever is attempting to damage UofL’s name should not be receiving any financial benefits from the university.

The more likely reason is Tom’s respect for his boss. Jurich has a very close relationship with Jim Ramsey, often describing him as the best boss he has ever had, describing his own position as the best AD job in the nation. Jurich had told some people, including this observer, that he would, in fact, consider leaving UofL if there were certain changes in the President’s office. That’s something people calling for Jim Ramsey’s job need to keep in mind.

Finally, maybe Tom was sending a message to Rick Pitino for some reason, perhaps a subtle reminder that he has been supportive of the coach through some difficult times and that loyalty works both ways.

Who knows? But Wednesday’s period of uncertainly startled a lot of people , including those fans calling for Ramsey and Pitino’s jobs. That crowd was dealt a heavy dose of reality, suddenly confronted with the stark possibility of losing all three UofL leaders. Never doubt that Jurich is loyal to his boss and to the people he hires and oversees himself.

As Howie Lindsay has noted, since Jurich arrived, Louisville has been to three Final Fours, two BCS games, three College World Series, a College Cup, two women’s Final Fours and produced a half-dozen NCAA Champions. He, along with Ramsey, also made it possible for UofL to become a member of the Atlantic Coast Conference and transformed the eastern boundary of the University of Louisville campus.

The fact that Tom Jurich remains committed to the University of Louisville is the most positive development that has occurred since the rash of bad news began. He has the unique leadership skills, along with the trust and respect of his colleagues at other universities, required to get UofL through this mess. He recognizes the enormous challenge confronting UofL, and he is best qualified to navigate the rugged terrain.

5 thoughts on “Why Tom Jurich may have allowed the speculation”