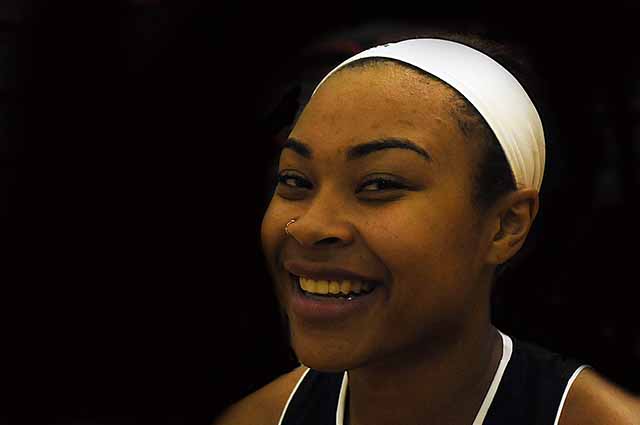 The Internet stream from GoPack.com stalls with two seconds remaining in the game, the score between the University of Louisville and North Carolina State women’s basketball teams tied at 90-90. Mariya Moore at the free throw line for two shots.

Somebody on the NC State scorer’s table possibly pulling the plug as Moore sinks both free throws giving the UofL women a two-point win. The little round circle going round and round endlessly, probably still circling even now.

A shame because Louisville fans who hung around through all the fouls and free throws deserved to see Louisville finally prevail after trailing NC State by 11 points midway through the fourth quarter. Every time an NC State player got close to the UofL basket in the second half, the officials would cry foul on a Louisville player. Almost every time, predictable, right on schedule.

UofL was whistled for a total of 35 fouls in the game, leading to 34 points for NC State. The Wolfpack, meanwhile, were called for 23 while giving up only 16 points at the free throw line to Louisville. Many of the fouls visible only to the officials making the calls.

Moore had sunk two free throws at the 17-second mark capping an 11-point comeback for UofL in the fourth quarter. She would lead all scorers with 31 points, collecting 24 of them in the second half. Asia Durr made her presence felt as well, scoring 13 of her 21 points in the final 20 minutes.

Thank Dakota Weatherford for forcing a jump ball with three seconds, giving UofL the ball, and Moore a chance to clinch the win. Which UofL fans missed, thanks to whoever pulled the plug on the NC State scorer’s table.