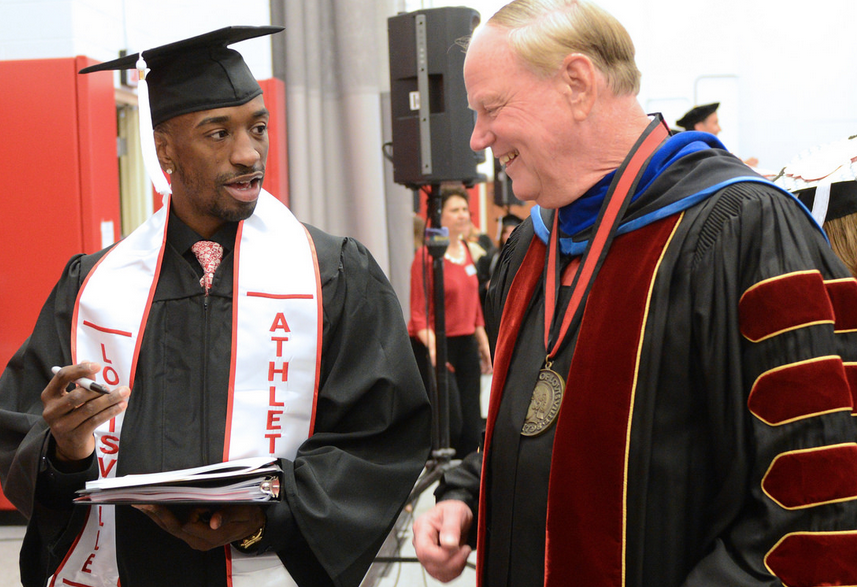 University of Louisville basketball fans will remember the class of 2014 for Russ Smith, Luke Hancock, Tim Henderson and Stephan Van Treese, a class that won a national championship, went to the Final Four twice, and won more games than any other class in the school’s history.

Many of the same fans will remember it for Teddy Bridgewater, a quarterback who led UofL to a crushing win over Florida in the BCS Sugar Bowl and a 22-3 record over the past two seasons. With a lot of help from seniors Marcus Smith, Preston Brown, Brandon Dunn, Roy Philon and Senorise Perrry, of course.

Receiving an honorary degree was Sam Swope whose local autombile dealerships have contributed millions to University projects like Papa John’s Cardinal Stadium and the athletic program over many years.

But there are 1,700 other success stories in the class of 2014, the writers of which, the seniors, who were honored during commencement ceremonies at the KFC Yum! Center last weekend, making the most of their opportunities at UofL, creating memories, preparing for all the challenges ahead.

(Click on photos for slide show or to enlarge.)