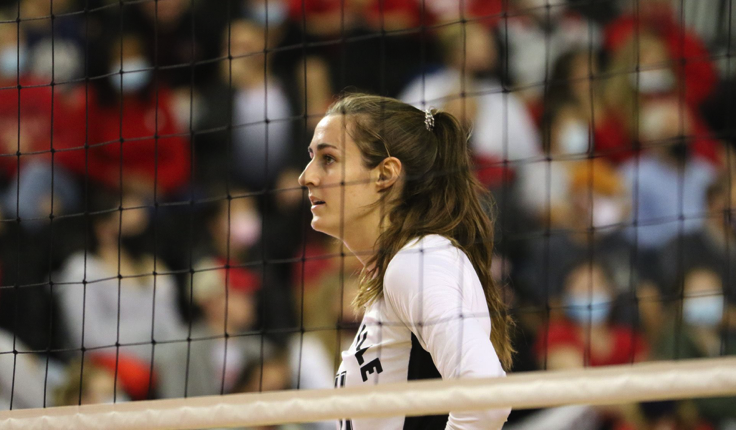 That’s the University of Louisville volleyball team, continuing to handle all comers, the bigger the better. Still undefeated after 24 games, the latest UofL win a 3-0 sweep of 14th ranked Georgia Tech by scores of 25-21, 25-21 and 27-25. Handling the highly motivated, 14th ranked Yellow Jackets only their fourth loss in 25 starts. UofL responsible for two of those.

Quite possibly one of the most talented Louisville teams ever in any sport, a team still learning, still wanting to get better, confident in their abilities. A team enjoying the journey, comfortable with themselves as individuals and with their teammates, having fun, celebrating every highlight, every point, every win, every step along the way.

Led this night by Anna Stevenson with 12 big blocks, four big kills, overcoming a 25-24 deficit in the third set. Stevenson would tie things up with her 11th kill, Anna DeBeer’s ace puts the Cardinals ahead, and Stevenson eliminates  Georgia Tech with her final kill.

Claire Chaussee was second on the team with 11 kills and hit .360 for the match. Aiko Jones Aiko Jones added 8 kills with Amaya Tillman and DeBeer contributing six each. Tori Dilfer managed 34 assists and a team-high 13 digs and an ace. Elena Scott added 10 digs and two aces.

Off to South Bend on Monday and another major challenge in Notre Dame for a team that relishes each and every opportunity. Bring ’em on.