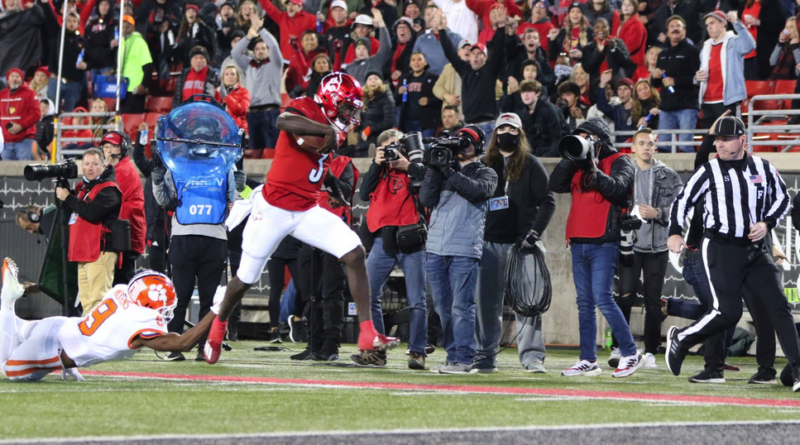 One minute, one second on the clock, first and goal for the University of Louisville football team on Clemson’s two-yard line. Does it get any better? No, but it will get worse when the UofL offense becomes all too predictable.

Malik Cunningham is having a career night, having already run the ball 18 times for 175 yards of UofL’s 223 yards, including two touchdowns. One for 51 yards, the other for 23 yards. Just turn him loose, Clemson can’t stop him. That offensive strategy on the part of Coach Scott Satterfield would be a big mistake.

Clemson knowing Louisville will run. Cunningham, having reentered the game minutes earlier after medical treatment, will be entrusted with the ball on the final three plays. Still limping, sliding at times, unable to make cuts, just asking too much. Around left end, up the middle, and around right end, not going anywhere.

Clemson coaching staff has been around for a while, won a couple of national championships. Badly needing a win to help salvage a bumpy season themselves. Ready for Malik.

The Tigers not about to be fooled, taking advantage of UofL’s banged up quarterback, still getting his bearings. The Tigers will prevail again, this time 30-24, for their seventh win in seven games since Louisville entered the Atlantic Coast Conference in 2014. Numerous fans grumbling, complaining about not being able to beat the weakest Clemson team they can remember.

Cunningham had gone down, staying down on the ground for several minutes, in the third quarter, having led Louisville from its own one-yard line. That promising drive would end immediately, a dark cloud emerging over UofL’s future. His replacement Evan Conley, ill equipped, lost and unprepared for the moment, putting the game in doubt. No clue whether Cunningham would be back.

Familiar scenario. Momentum shifting as the fourth quarter begins. Ah, the old fourth quarter fade-away. Cardinal fans have been there six times this season, games being decided in the last few minutes or seconds. There will no history being made against Clemson. Just more of the painful, demoralizing letdowns, unable to finish.

Had Cunningham been able to run those final two yards, the outcome and the outlook, and the reaction of UofL fans, would have been totally reversed. All they can expect now is more of the same, with Louisville unable to finish, unable to make the big stop, or incapable of making the big play.

Sad, especially with Lamar Jackson, Louisville’s Heisman Trophy winner, coming to Cardinal Stadium next Saturday. Going to have his No. 8 officially retired by the football program. The celebration would be much more fun with a win over Clemson.

The first three quarters will be fun for sure.