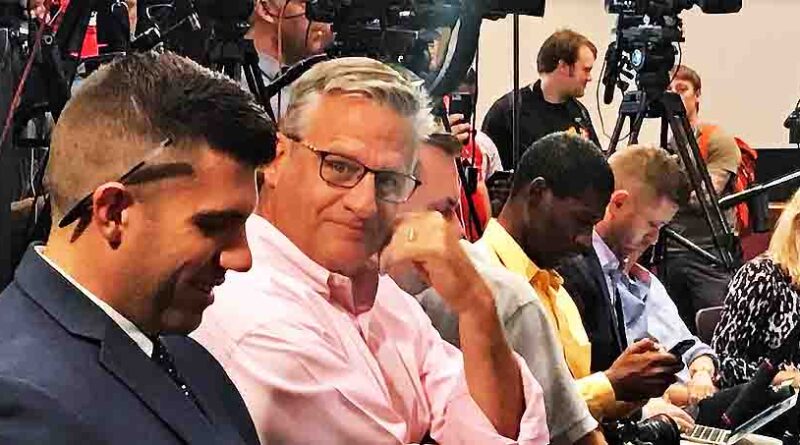 Just what the University of Louisville didn’t need.

One can’t help but be embarrassed by the actions of Dino Gaudio after being fired at UofL. The former basketball assistant unable to quietly accept the fact that he wasn’t getting the job done. Threatening to report the program to the NCAA for a couple of minor violations if he wasn’t reinstated.

Sorry, Dino. Shouldn’t have come as a surprise when UofL failed to make the NCAA tournament. Changes had to be made when the Cardinals went into a tailspin weeks after contending for first place during the ACC’s regular season.

Gaudio has been in the business for more than 30 years and should have seen this coming. College basketball is serious business at the University of Louisville. The fan base expects UofL to be competitive. Anything short of an NCAA tournament invitation is not acceptable.

The really sad part is that UofL is again thrust into the national spotlight as a renegade program. Providing another excuse for a sportswriter like Pat Forde to argue for the death penalty. Not the first time and not the last.

Not surprising for Forde, who has never been objective when it comes to Louisville athletics. His anti-UofL bias goes way back to Nineties when he was slipping coins under the doors of UofL basketball players trying to get them to rat on Denny Crum. He was actually suspended by the Courier-Journal (CJ) for several months for unethical practices.

Forde has bounced around quite a bit, between jobs at the CJ, ESPN, Yahoo Sports and Sports Illustrated.  Lots of exposure but still just another face in an overcrowded field of Jim Murray wannabes. One suspects Forde, a graduate of the University of Missouri, resents the fact that an urban university has joined the ranks of the good old boy power five conferences.  Just can’t stand it when the existing order of things is threatened.

One considers any comment he makes about the University of Louisville to be suspect. The fact that he still has a major platform from which to bully his old nemesis is unfortunate. Forde takes full advantage when someone like Gaudio does something stupid. He’s going to jump on UofL with both feet every chance he gets.